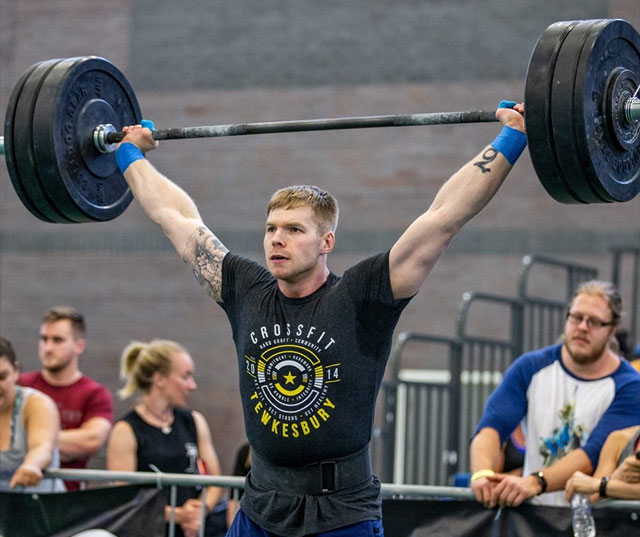 Dan has always been very active and started playing football from a very young age, he played for the same team for over 10 years as a goalkeeper. Played semi pro and played for the county of Worcestershire. At the age of 18 he had trials at Leeds United as a goalkeeper, that was a great experience to have and be a part of and he learnt so much in short space of time.
In 2014 Dan started training at local gym with a friend of his, Dan had put a bit of extra weight on in the past few years and thought it was time to change things, but he very quickly got bored of the same thing on the same days, so just stopped going. In 2015 his best friend Jon had started training at CrossFit Tewkesbury and kept going on at him to come along and try it. Dan managed to hold him off for a few months until Jon just showed up at his door and said we are going to do a “WOD” it was 7 min AMRAP , 7 thrusters, 7 burpees over the bar. Dan said “It was gross” and he hated it! But said ﬁne I’ll come along.